skip to main | skip to sidebar

Today I tried to make a complete playthrough of Kyrandia 1 Amiga. It turned out I had to fix a few things, like the opcode used to display Kallak's Note and some potion animation related code. For the latter it turned out, that some offsets in kyra.dat were wrong, after fixing them up it worked like charm. After that I was finally able to complete the game. Yeah! I did not find any time to fix the credits yet though, so those are still a bit glitchy. I can not await merging of the MaxTrax playback code from the GSoC 2009 mod player branch. That might require some adjustments in the outro though, since unlike all other Kyrandia versions, the Amiga version seems to use a special sound file for that.

Anyway I made some screenshots of my playthrough. I just uploaded the nicest ones (IMHO) though. I hope you will like them :-). 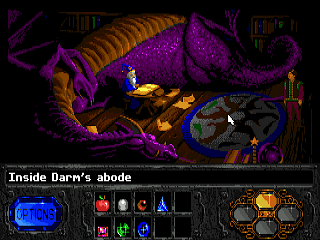 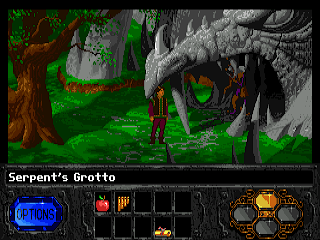 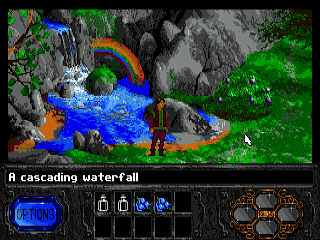 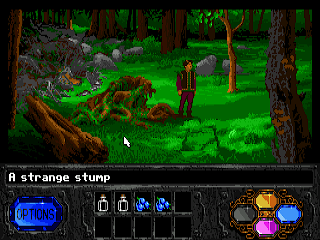 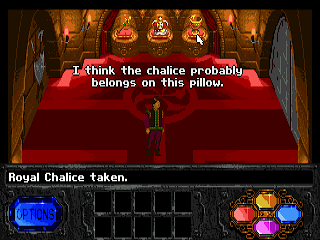 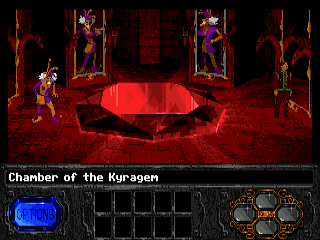 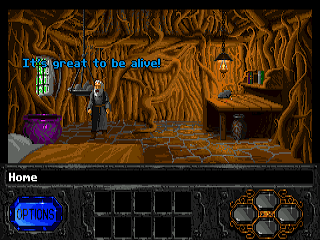 After all the graphics are still nice, despite them using only 32 colors for the game screen.

For those of you who wonder: just because game is completable that does not imply that there is no more work to be done on it. For example I still need to check some bits I noticed in my playthrough, most important the colors of Brandon, when he is poisoned by the snake. The DOS version makes Brandon greenish when that happens, while the Amiga version does not change his colors at all (at least not in ScummVM). I will need to investigate that. Also I need to create an offset table for my German Kyrandia 1 Amiga version, which was kindly donated by sanguine (thanks to him again), so it can be used with ScummVM. And of course the aforementioned credits glitch needs to be fixed. And probably other bits I did not notice yet... :-).
Posted by LordHoto at 21:26

As for the graphics: Westwood were doing real nice job at that time... I think their apogee was Lands of Lore.

Graphics are so nice... Too bad this graphics style has now totally been replaced by ugly 3D :(